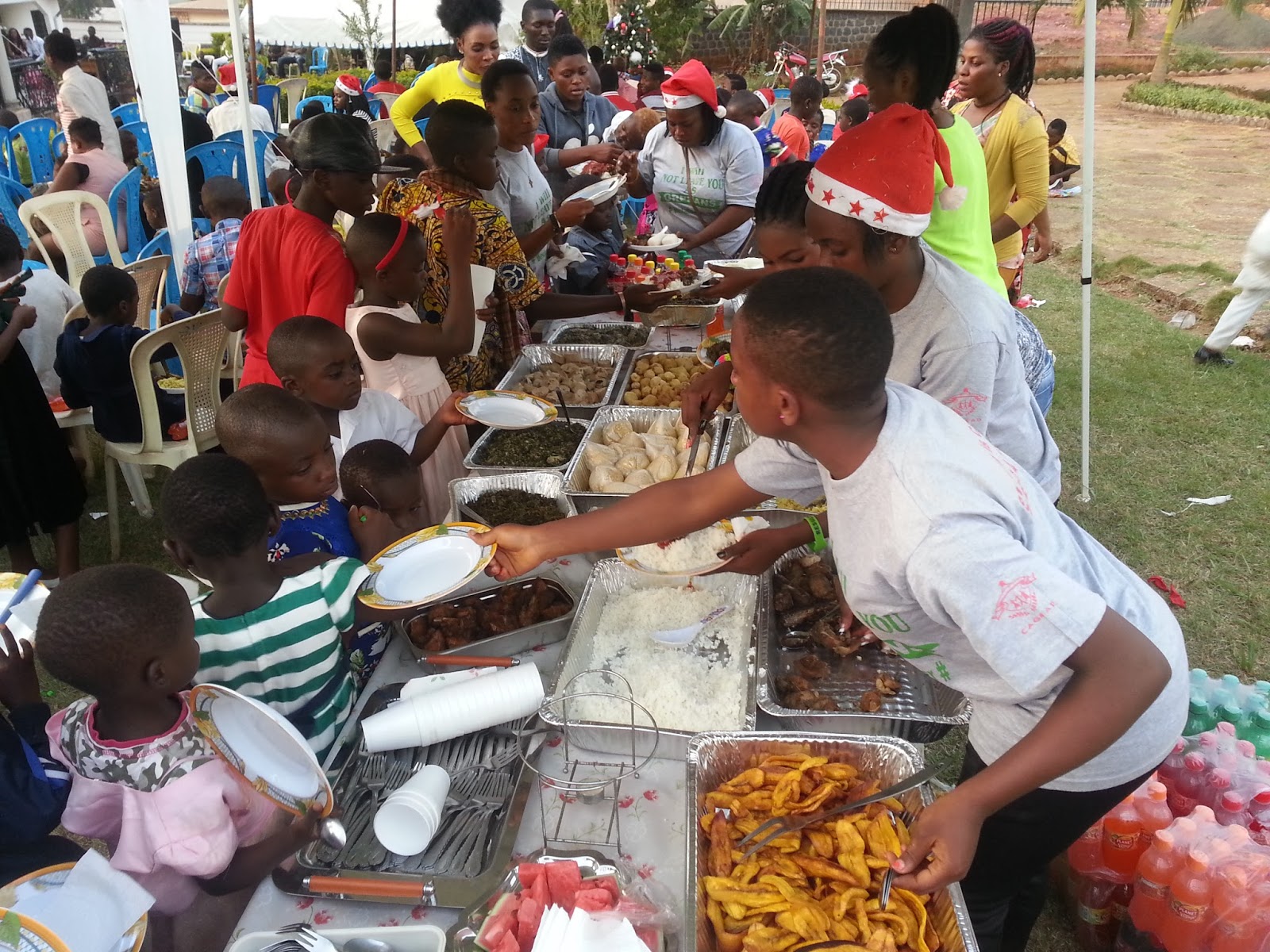 The Centre for Advocacy In Gender Equality and Action for Development, CAGEAD Cameroon has celebrated new year (January 1) with over 500 orphans in Bamenda. The annual event held in Bamenda January one bringing together orphans from about five orphanage homes across Bamenda and its environs. Organised by CAGEAD and the Fultangs family, the aim of the annual event was to instill hope in the orphans, share a common meal, celebrate the New Year like a family thereby introducing values of fraternity amongst them and in effect creating a link between the orphans and the external world. In song, play backs, recitations, choral music and cultural displays, the orphans had the opportunity to show case their own talents and measure up to other kids who have the opportunity to enjoy such privileges daily.

According to Fultang Bernadette, board chair of CAGEAD and host of the event was a very satisfactory event.”i am satisfied  with this event today.when i built this house,i invited the orphans to come join me in the celebrations as we were opening the house. later on when i visited them in their various homes they expressed the desire to visit me again.we decided that every January 1st we come together,sing,dance and the children collect their gift and go home”she said.

According to Waah Clotilda Andiensa, Coordinator for the Centre for Advocacy Gender Equality and for Action  Development -CAGEAD, it was just an opportunity given the orphans to share and enjoy the life that they would have had if they were not orphan " this event is so important to us at CAGEAD because it falls in line with our vision and mission which is to bring hope to the less privileged in anyway we can.. It was so special today because apart from sharing just a common meal like in the past and exchange of gifts, we brought in the component on sexual reproductive health education for the adolescent girls because of their vulnerability to abuse and sexual exploitation" she said.