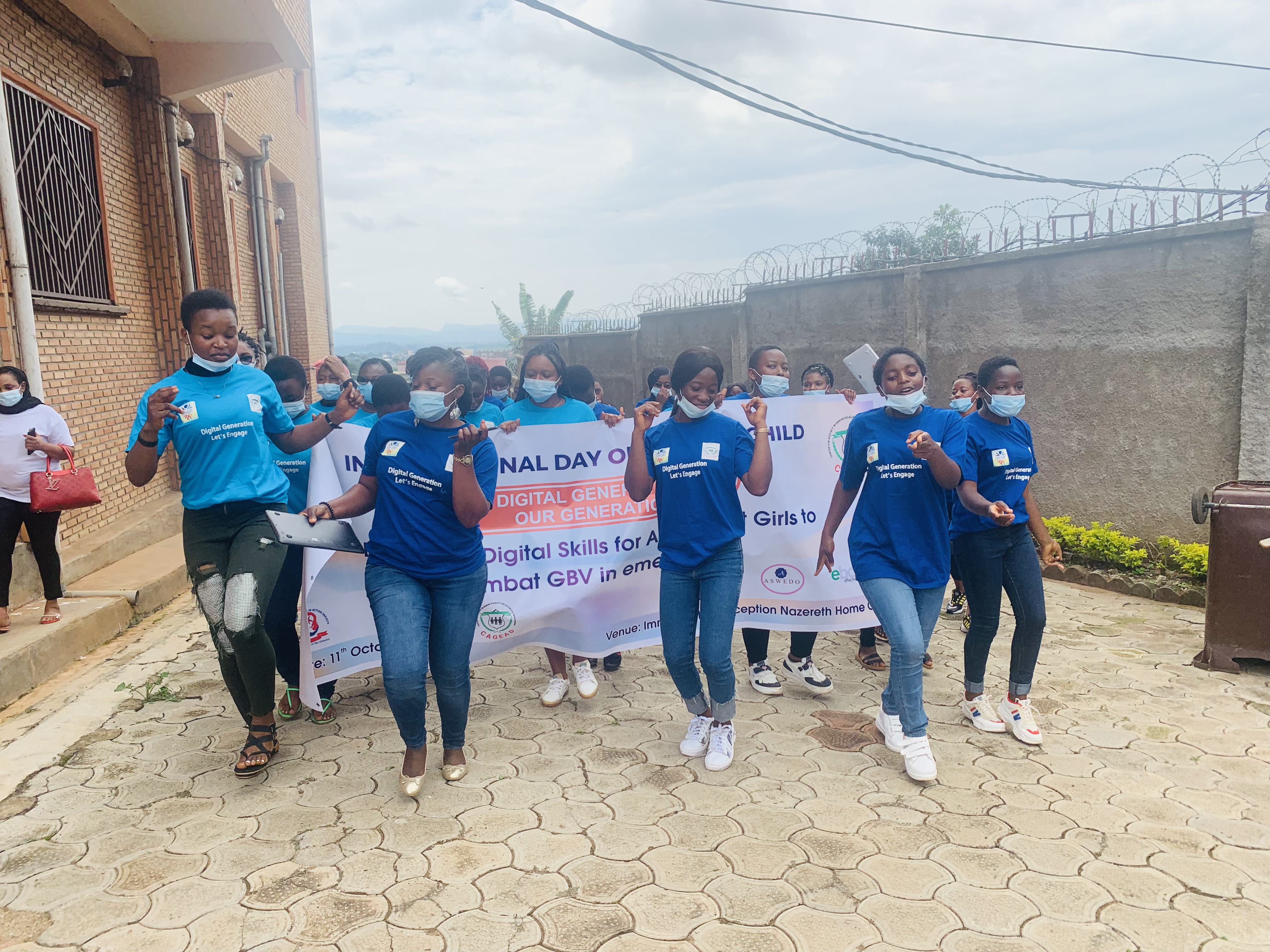 The creation of Digital song for International Day of the girl child.

Girls Up At CAGEAD Create Song to Celebrate the International Day Of the Girl Child.

Be it the young vibrant girls (it’s a digital world)

During the celebration of the international day of the girl child held by CAGEAD on the 10th of October 2021, at the Immaculate Conception center, Bamenda Cameroon, two members of the girl up at CAGEAD (GUAC) club won a task given by the facilitators. The participants were asked to create short songs that they would use to celebrate the day. The participants were divided into five groups and were given 30mins to create the song and practice among themselves. It was a competitive activity, as the CEO of CAGEAD, Mrs. Waah Clotilda, promised a mouth watering gift to the winners who would come out with the best song.

The participants were so engraved in the task that they forgot the time, but then time was up and it was time for presentations. All five groups presented, each having a beautiful rhythm and great messages behind. But that of GUAC got the attention of all and it was collectively decided that it would be the song of the day.

The girls assembled, to match around the center singing and dancing in joy. They sang and sang and sang in celebration of the day.

Music is the best way of passing a message and a great tool for celebration that is why CAGEAD, used music to make the girls understand the theme of the year and also to use it as a form of edutainment.